Reach for the sky... Disney and Pixar’s eagerly anticipated Toy Story 4 is the latest film to receive an exclusive trailer for the Industry Trust Moments Worth Paying For campaign ahead of its release on 21st June 2019. 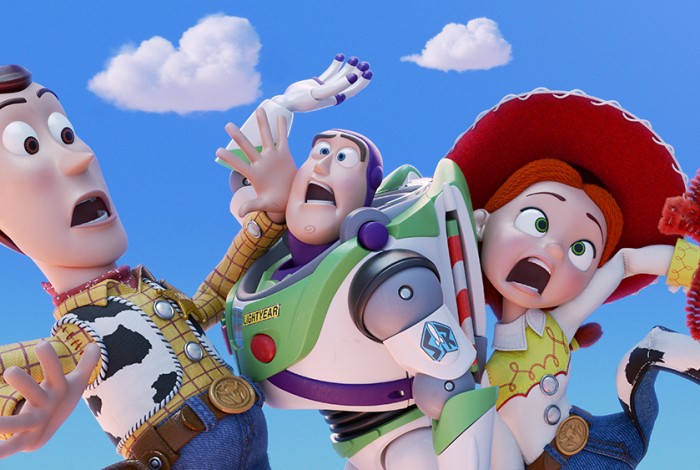 Reach for the sky… Disney and Pixar’s eagerly anticipated Toy Story 4 is the latest film to receive an exclusive trailer for the Industry Trust Moments Worth Paying For campaign ahead of its release on 21st June 2019.

Featuring footage from the film, the exclusive trailer focuses on the incredible animation and how creating something truly memorable takes care, precision, love and imagination. From bold adventures, epic action and special bonds, these unforgettable movie moments must be seen in the very best quality on the big screen to take audiences to Infinity and Beyond. Like the others in the Moments Worth Paying For series, the trailer directs audiences to the industry-funded film search engine, FindAnyFilm.com, which signposts legal content sources, so they can book, buy and watch at their convenience.

When Bonnie takes the toys on her family’s road trip, Woody ends up on an unexpected detour that includes a reunion with his long-lost friend Bo Peep, whose adventurous spirit and life on the road belie her delicate porcelain exterior. Woody and Bo are worlds apart when it comes to life as a toy, and they soon realize that’s the least of their worries.

Sylvia Dick, Head of Audience Engagement, The Industry Trust said: “The recent shocking rise of IPTV device use has seen parents infringing at an increasing rate, with 1 in 4 parents who use IPTV devices claiming to regularly infringe with their children, potentially passing on the habit to younger generations. With the help of Disney and Pixar, this trailer showcases the effort and creativity that goes into making a film and pays a vital role in our positive behavioural change message by reminding them that family classics such as Toy Story 4 are best experienced together, on the big screen.”

Lee Jury, Senior Vice President, Studios & Integrated Marketing EMEA, The Walt Disney Company said: “We’re both privileged and delighted to partner with the Industry Trust and to support the latest Moments Worth Paying For campaign with Disney and Pixar’s Toy Story 4. Having worked with the Trust on the theatrical release of Toy Story 3 in 2010, as well as multiple Disney and Pixar titles in the time since, it is an honour to do so again now and with a film that so beautifully showcases our industry’s ability to create magical, emotional and, above all, lasting cinematic moments – moments that truly are worth paying for.”