New research from The Industry Trust for IP Awareness has revealed that those who illegally download or stream TV, Film and Sport content are at a higher risk than ever of suffering a host of negative personal and financial consequences. From viruses and hacking, to identity theft and fraud, latest figures show that more than half of current copyright infringers have fallen victim to at least one of these adverse effects, a significant increase from 2019. 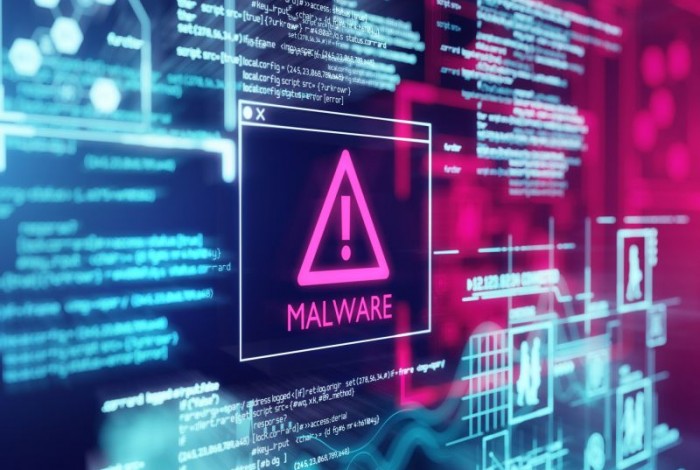 Taking a closer look at the risks, nearly one third of people (29%) illegally accessing content online have been infected with a virus, malware or ransomware, an increase of 14% since December 2019. While viruses and malware present a risk to the safety and security of consumers’ devices, illicit streaming sites also pose a serious and growing threat to users’ personal and financial details, with the number of people becoming a victim of fraud having doubled in the last eight months alone.

The data from the Industry Trust shows that the reality of the situation is of even greater concern for those who choose to make a payment to illicit streaming sites by entering credit card details. Around a third of current infringers opt to subscribe to illicit streaming sites and the incidence of fraud among this group of people is much higher, with around a quarter of them (26%) falling victim to often serious fraud, while 25% have also said they have been charged multiple times.

Liz Bales, Chief Executive at the Industry Trust, said: “We understand that many people opting to access content illegally are also often the same people who regularly enjoy legitimate ways of doing so, whether that means going to the cinema frequently, buying or renting content to watch at home or paying for TV packages to access premium sports content. It is important to be aware of the risks they are exposing themselves to when they seek out illicit content through apps and add-ons, fully loaded devices or through a host of other means. Illicit content is put in front of consumers by unscrupulous individuals and organisations, so it should come as no surprise that they would take the opportunity to empty someone’s bank account, disable their devices or steal valuable personal information.

“We want audiences seeking out entertainment online to enjoy the safest, best quality experience they can. While the temptation to see something first or to do so without paying for it might be attractive, especially at a time when consumer confidence and the economic outlook are both compromised by the effects of the Covid-19 pandemic, it really is worth asking the question as to whether acting on that urge is worth the risk, especially when the reality is you are more likely than ever before to end up paying for it with an attack on your privacy and online security.”

Remarkably, the Industry Trust data also shows that consumers who currently access content through illegal means are actively concerned by these risks, with almost a third    (28%) of current infringers claiming to feel worried or guilty about the consequences of not watching through official sources.

In response to the latest infringement data, The Industry Trust commissioned Walnut Unlimited to speak to members of the public who have admitted to accessing content illegally:

Susan, 54, from Liverpool:
“I don’t like doing it like that because it’s illegal and I’m always a bit scared that someone is going to knock at my door and say ‘we know what you’re watching’, so I was a bit iffy about it but it kept the kids entertained. The app only worked for a couple of weeks into lockdown – it said ‘search all movies online, free movies in HD quality’, and that’s how we watched the new Trolls World Tour film. Then a while later I got a text message…from the Halifax saying ‘we noticed your debit card ending **** was used on the 26th… for £19. We have declined this payment – if it was you please reply ‘Yes’’… So I replied ‘no’ and I got another text saying thanks for confirming, we’ll call you as soon as we can to discuss. So they rang me and I hadn’t been checking my account because we hadn’t been anywhere for weeks – and they’d taken £8,000.”

Hannah, 18, from Surrey:
“I was on a laptop from school and watching How I Met Your Mother on an unofficial online site. I got a bunch of viruses downloaded onto my laptop which slowed the whole thing down – there were constant pop-up ads and it made it really irritating to try and work on the laptop. I was kind of scared at the time, I felt like I was going to get in trouble because it was a lot of pornographic ads which obviously isn’t great if you’re 14.”

Simon, 41, from Nottingham:
“I was trying to find a stream and… I found one that connected instantly and it was crystal clear, no lag but it came up with a pop-up and on the pop-up it said to continue to view you need to add a patch, put in your email address and we’ll send you the patch to upload so you can view the stream… I uploaded the patch and was able to watch what I wanted but the next day I got an email and it was a ransomware threat saying ‘we have evidence to suggest you’ve been looking at sites you shouldn’t have’ – pornographic sites and things like this… I just deleted the emails – at that time they were probably coming through once a week or so. But then it got to the stage where they kept emailing, saying you’d got 10 days, eight days, six days, and then they got to the stage where they said something like ‘to show you this is real we’ll prove it to you. And then there was a pop-up that said you’ve been infected with a Trojan virus, literally at the same time the email was sent… I had to completely wipe everything off the laptop and I lost a lot of photos of my daughter from the first six or seven years of her life and things that were personal to me. The whole experience really scared me, it seemed like something fairly innocent at the time.”

Bob, 27, from Leeds
“They’re just scammers but they’re good at it! In all honesty you could class me as a scammer, being completely honest, because I’m trying to get content for free. And okay, even if I’d lost those purchases and the bank said you aren’t getting them back, it might not have been that big a deal. But it made me feel disappointed in myself, that I’d got caught out, that I’d done something as stupid as that. I’d also let my kids down because their whole weekend was taken away – I work all week and then I’d been on the phone to the bank at the weekend, all for the sake of a UFC fight. But say, a pensioner for example, or a young teenager with their wages, that could really impact them. And not only that, their online confidence too. I know I won’t do it again but someone else’s online confidence could be completely taken away. It’s not worth it.”

Fortunately, there is a simple way to find TV and Film content by safe and legal means. FindAnyFilm.com shows its users the safe, legitimate methods of accessing their favourite content – whether that’s with a night out at the cinema, purchasing a disc or digital download to watch time and time again, or to rent just for the weekend. From TV listings to all the latest and greatest films, FindAnyFilm.com allows users to avoid all of the risks involved with accessing content illegally, enjoying peace of mind while finding the entertainment they want.