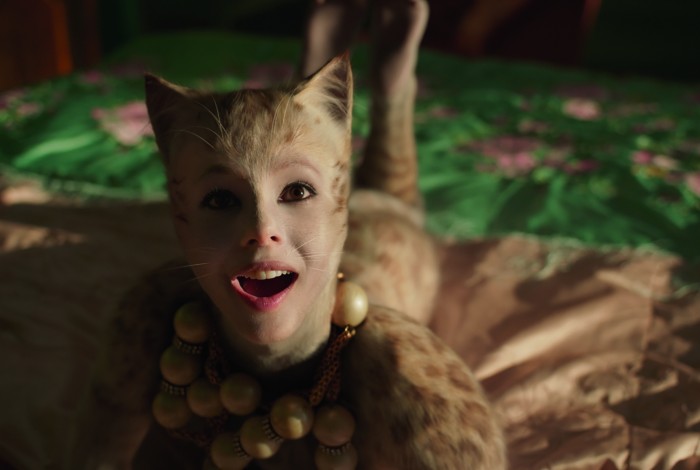 This is the first bespoke trailer The Industry Trust has launched for a musical movie, with stars highlighting what makes cinema worth paying for.

The bespoke trailer features a fresh look at the highly anticipated movie allowing the audience as Idris Elba explains to “step into a world that is completely designed to entertain you.” The epic dancing, spectacular scale of the film’s production and awe-inspiring visuals are something to be truly experienced in the cinema.

“We are really excited to be launching this trailer as it is our first musical and we’re hoping having a star-studded cast will help expand our reach to a new audience and create further interest in our main message that Cats is best seen when on the big screen,” said Sylvia Dick Head of Audience Engagement.

“Cats is pure cinema spectacle and the movie is truly magic – from the elaborate sets, to the toe-tapping musical numbers, innovative production and the amazing star-studded ensemble cast. With the current resurgence in popularity of the musical genre, we felt a partnership with Universal Pictures International UK & EIRE would be a fantastic way to boost our message to its audience. “

Rob Huber, Managing Director, Universal Pictures UK + Eire Limited said: “We’re delighted to partner with The Industry Trust on this exclusive piece for ‘Cats’, with such a magical musical movie making its way into cinemas this Christmas, it’s incredibly important to encourage audiences to experience the epic performances, music and spectacular production designs on the biggest screen possible – at the cinema! We fully support the vital work that the Industry Trust does, and hope to encourage audiences to choose legal routes to watch the big screen moments that we all work so hard to create.”

This trailer is the latest release in The Industry Trust’s Moments Worth Paying For campaign. Launched in November 2010, the campaign has worked with some of the biggest films in the industry over the last nine years, to help highlight why seeing films on the big screen is always the best option.

Cats is released in UK cinemas on 20th December 2019