DISNEY, LUCASFILM AND THE INDUSTRY TRUST JOIN FORCES ONCE AGAIN 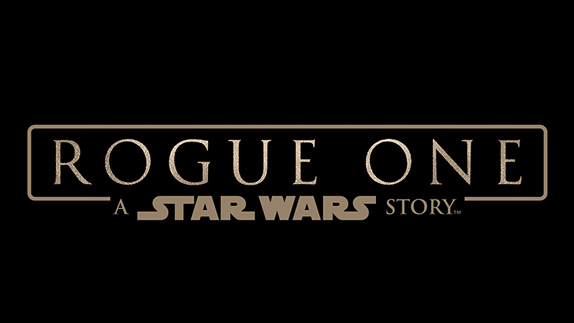 The campaign launches today with a 35” exclusive trailer featuring British actress Felicity Jones, who plays protagonist and Rebel leader Jyn Erso in the latest highly anticipated release from Lucasfilm. Jones speaks directly to camera to deliver Industry Trust’s Moments Worth Paying For anti-piracy message, encouraging audiences to experience the best that movies have to offer in the cinema.

Jones lends her voice to The Industry Trust’s consumer education campaign for the first time, inspiring audiences to choose cinema and enjoy all those great movie moments worth paying for. Recent research by ICM has identified around three quarters of males aged 16-34 download or stream unauthorised content and more women accessing unauthorised content now than in 2014. Rogue One: A Star Wars Story trailer therefore makes a great addition to the Industry Trust’s 2016 education and awareness campaign, as it appeals to core Star Wars fans and is a part of such an iconic franchise – while attracting a wider audience through the great British talent that is Felicity Jones.

The Rogue One: A Star Wars Story Moments Worth Paying For trailer will show in cinemas from 25th November and will be further supported by activity across outdoor and online (through partners Clear Channel and Primesight), ensuring the Industry Trust’s messaging targets core infringers not only in the cinema but also across other platforms.

Lee Jury, Vice President Marketing. Co-Head of Studios, at The Walt Disney Studios EMEA and UK said: “The Moments Worth Paying For campaign is a great addition to the educational work the Industry Trust does for protecting our film industry.  Nearly 40 years ago British creativity brought Star Wars to the big screen and it’s fantastic that British talent in front and behind the camera is set to captivate cinema audiences around the world again with Rogue One: A Star Wars Story. We  hope this trailer, featuring Felicity Jones, will inspire film fans to support the films they love and to watch them as they are meant to be seen – on the big screen.”

Sylvia Dick, Head of Audience Engagement at The Industry Trust for IP Awareness said: “Star Wars: The Force Awakens was highly anticipated last year and Rogue One: A Star Wars Story is expected to be just as fantastic. It’s really amazing to be working with Disney and Lucasfilm again and is such a great addition to the Industry Trust’s educational work. We hope the trailer continues to inspire audiences of all ages, male and female, to head to the cinema for everything films have to offer, those moments that are really worth paying for.”

Rogue One: A Star Wars Story will open in UK cinemas on December 15.