Sony Pictures’ highly-anticipated Ghostbusters: Afterlife is the latest film to receive a trailer for Industry Trust’s Moments Worth Paying For campaign ahead of its release across the U.K. and Ireland in cinemas on 18th November 2021. 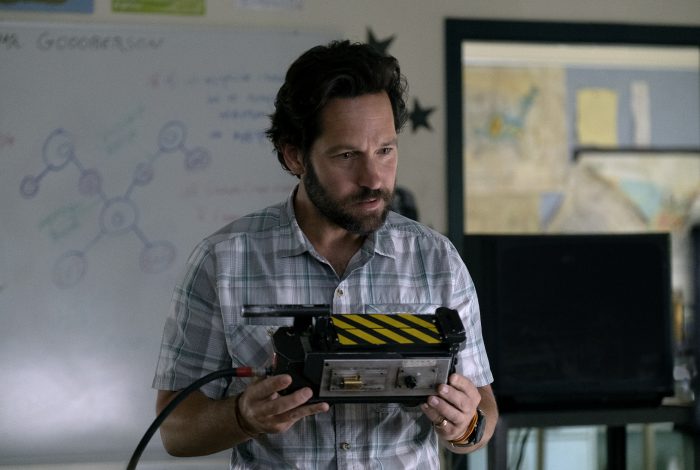 In support of the campaign, a special Ghostbusters: Afterlife clip was created that features the cast encouraging fans to experience the epic adventure on the big screen. From the ultimate nostalgia fix, to action and new discoveries, these unforgettable movie moments are best seen in the highest quality, taking audiences to the Ghostbusters universe where they can unfold the legacies left behind from past characters.

The special clip will screen in cinemas and online and can be viewed here.

Liz Bales, Chief Executive, The Industry Trust for IP Awareness said: “The new Moments Worth Paying For trailer presents a warm welcome back to cinema from the cast of Ghostbusters: Afterlife, the perfect message for our second campaign in 2021! The new trailer reminds us that cinema is the best way to experience the biggest new films, and audiences agree – the latest Industry Trust insights confirm that families are keen to return to the big screen this year. Tapping into the nostalgia of the Ghostbusters franchise, we hope this campaign resonates with viewers young and old, and continues to inspire them to support the industry by paying to watch the content they love. The Moments Worth Paying For campaign is truly back with a bang, and I look forward to the exciting slate of clips set for 2022!”

Ian George, Managing Director, U.K. & Ireland, Sony Pictures Releasing International said: “Once again we are delighted to be partnering with The Industry Trust on this terrific clip for Ghostbusters: Afterlife.  The film is full of heart and adventure, and will delight audience of all ages. We recognise the importance of campaigns such as this to ensure the movie-goer understands the link between their support and our on-going ability to provide content that is of such high quality.”

Like the others in the Moments Worth Paying For series, the trailer directs audiences to the industry-funded film search engine, FindAnyFilm.com, which signposts legal content sources, so they can book, buy and watch at their convenience.