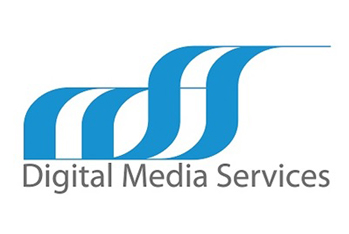 The Industry Trust for IP Awareness and Digital Media Services (DMS) have joined forces to inspire the public to pay for official film and TV, by offering a behind-the-scenes glimpse into the magic and artistry that goes into making some of our biggest and best-loved British films.

Regarded as one of the UK’s most exciting and innovative agencies for digital solutions, DMS will help to lift the lid on the craft and creativity involved in film and TV production by capturing exclusive interviews with talent both in front of and behind the camera, from film sets to red-carpet premieres.

Over the next 12 months, DMS will work with the Industry Trust to open a window into what it’s like to work in the industry. Creative talent from Hollywood greats to British producers and the directors of leading SFX studios will talk about their favourite career moments, and why they’re passionate about creating great film and TV.

The partnership forms part of the Industry Trust’s successful Moments Worth Paying For campaign, designed to promote the value of great film and TV as something ‘worth paying for’.  The campaign also makes it easier for film fans to access legal content, by directing them to FindAnyFilm.com, the easy-to-use gateway to legitimate film, TV and video services.

It can’t be underestimated how important IP awareness is for our industry to better safeguard the celebrated work of those in front of, and behind, the camera. The Industry Trust has been paving the way in this regard with their fantastic Moments Worth Paying For campaign and it’s a privilege to be working alongside them and to shine a light on the creative talents of the British film industry and Hollywood alike.

We’re delighted to be working with the team at DMS, who will help us shine a light on the behind-the-scenes stories of great movie moments. This marks another important step forward for the Moments Worth Paying For campaign, inspiring consumers to choose to pay for content and show them where they can do so, safely and legally, to reduce piracy

About the Industry Trust for IP Awareness

Founded in 2002, Digital Media Services is a UK leader in harnessing the latest digital technologies to provide cost-effective, multi-media, business solutions across a wide range of industry sectors. Our clients include all the Hollywood studios, major music labels, independent film distributors, major sports organizations, including London 2012 Olympics, and many others. www.dmsukltd.com