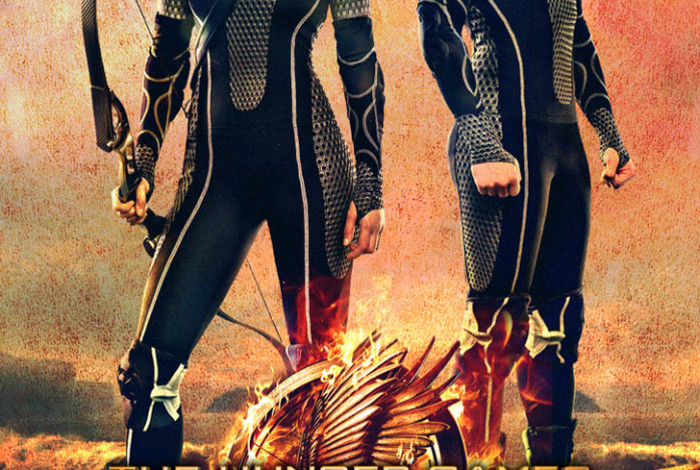 On Friday 4th October the Industry Trust for IP Awareness and Lionsgate UK will launch a unique THE HUNGER GAMES: CATCHING FIRE trailer that celebrates the value of great movie moments and addresses the continued challenge posed by piracy.

Running in cinemas, digital, online and social media, the exclusive trailer builds on the success of the Industry Trust’s Moments Worth Paying For campaign, which inspires respect for the value of official film, TV and video content. The trailer also directs audiences to FindAnyFilm.com, a search engine for official film releases, all above board and all in one place, to pre-book their tickets.

In an industry first, the exclusive trailer will debut online with a new FindAnyFilm cinema booking tool to drive sales from video views generated as part of the campaign. As part of a two-step process, the tool will first support the theatrical release of THE HUNGER GAMES: CATCHING FIRE with a tangible return on investment through cinema bookings. Then as a second step, timed to coincide with the Q4 retail market, the tool will capitalise on demand generated from the theatrical campaign by driving sales of home entertainment titles such as the first HUNGER GAMES title on DVD, Blu-ray and official downloading and streaming services, once users have purchased their tickets for the sequel.

The Industry Trust’s Moments Worth Paying For campaign, which launched in November 2010, has since gone from strength to strength. Independent tracking research by ICM revealed that those audiences exposed to the campaign were significantly more likely to pay for official film and TV than those not exposed to it.

Liz Bales, Director General at Industry Trust for IP Awareness said: “We’re delighted to be working with Lionsgate Entertainment on the latest film in The Hunger Games franchise. Our partnership, leveraging the new FindAnyFilm cinema booking tool, promises to not only inspire viewers to choose official film, TV and video services, but also to convert campaign views into direct sales across formats. We’re now into our third year of the Moments Worth Paying For campaign and independent tracking research from ICM shows our campaign is continuing to resonate with audiences. And by continuing to evolve the campaign to dovetail with innovations in the service delivered by FindAnyFilm we can continue to address the key drivers of piracy.”

Nicola Pearcey, Managing Director Home Entertainment and New Media at Lionsgate UK said: “This is the second collaboration between Lionsgate and the Industry Trust and we’re proud to continue working with them on educating audiences on the value of creative content. This trailer will really resonate with audiences who have waited 18 months for the next chapter of Katniss’ journey, with their patience making the movie experience all the more worth paying for. We’re also proud to be the first to utilise the new FindAnyFilm cinema booking tool in conjunction with our unique Moments Worth Paying For campaign trailer to drive both cinema bookings and home entertainment sales.”

THE HUNGER GAMES: CATCHING FIRE begins as Katniss Everdeen has returned home safe after winning the 74th Annual Hunger Games along with fellow tribute Peeta Mellark.  Winning means that they must turn around and leave their family and close friends, embarking on a “Victor’s Tour” of the districts.  Along the way Katniss senses that a rebellion is simmering, but the Capitol is still very much in control as President Snow prepares the 75th Annual Hunger Games (The Quarter Quell) – a competition that could change Panem forever.

THE HUNGER GAMES: CATCHING FIRE is directed by Francis Lawrence, from a screenplay by Simon Beaufoy and Michael DeBruyn, based upon the novel “Catching Fire” by Suzanne Collins and produced by Nina Jacobson and Jon Kilik. The novel is the second in a trilogy that has over 50 million copies in print in the U.S. alone.

THE HUNGER GAMES: CATCHING FIRE opens on November 21, 2013. Associated Moments Worth Paying For activity will run in cinema, outdoor and online.