UNFORGETTABLE MOVIE MOMENTS WORTH PAYING FOR WITH DISNEY PIXAR’S COCO

With the eagerly anticipated January 2018 release of the brand new adventure from Disney Pixar, the Industry Trust are continuing their Moments Worth Paying For campaign to combat film piracy with an exclusive trailer for Coco. 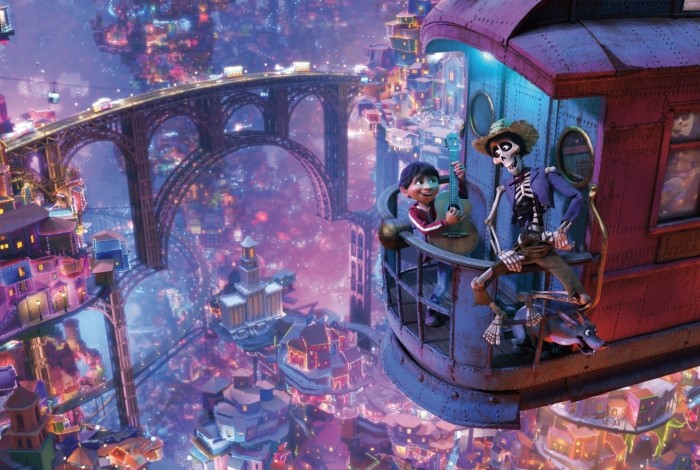 With behind the scenes footage of the Pixar Studios animators at work, the exclusive trailer focuses on the hilarious and deeply emotive scenes that make us laugh, cry or jump for joy – unforgettable movie moments that must be seen in the very best quality on the big screen.

The movie, which has already touched the hearts of millions of families to become the biggest film of all time in Mexico as well as winning over critics worldwide, follows the story of Miguel, a young boy who, despite his family’s baffling generations-old ban on music, dreams of becoming an accomplished musician like his idol, Ernesto de la Cruz. Desperate to prove his talent, Miguel and his faithful sidekick Dante find themselves in the stunning and colourful Land of the Dead following a mysterious chain of events. Along the way, he meets charming trickster Héctor and together they set off on an extraordinary journey to unlock the real story behind Miguel’s family history. The film features the voices of Anthony Gonzalez, Benjamin Bratt and Gael Garcia Bernal.

James Gallagher, Senior Marketing Manager at The Industry Trust for IP Awareness said: “The Moments Worth Paying For campaign has focused on the audience experience being so much better when content is consumed through legal, official channels whilst also showcasing the depth and breadth of work behind the scenes that goes into producing that experience. The exclusive content we have from the gorgeous Coco feeds directly into those two areas of focus and it’s fantastic that, with the help of Disney·Pixar, we’re able to deliver a positive message to younger audiences. Our belief is that this will undoubtedly feed into their overall impression that paid-for content delivers the best experience and supports the talent at all levels behind the films they love.”

Lee Jury, Vice President Marketing. Co-Head of Studios, at The Walt Disney Studios EMEA and UK said: “Continuing a decade long relationship with the Industry Trust, that began in 2007 with Disney Pixar’s Ratatouille, we are thrilled to partner on the latest Moments Worth Paying For campaign for Disney Pixar’s Coco. We’ve been able to showcase the extensive work that takes place behind-the-scenes to create magical and emotional cinematic moments that kids and adults alike will be able to enjoy this coming January. We believe this trailer will inspire, entertain and remind audiences of why it’s so important that the film’s they love should be watched the way they are meant to be seen – on the big screen.”

The Coco Moments Worth Paying For trailer will launch with the cinema campaign beginning on 1st Dec 2017 which is supported by online and outdoor activity (via Clear Channel and Primesight), ensuring the Industry Trust’s messaging targets core infringers not only in the cinema but also across a broad range of platforms, ensuring multiple touch-points for the campaign.