A THOUSAND MOMENTS WORTH PAYING FOR WITH VALERIAN’S DANE DEHAAN

The highly-anticipated and visually spectacular new adventure film Valerian and a City of a Thousand Planets, is the latest film to get an exclusive trailer for the Industry Trust’s Moments Worth Paying For campaign, starring cast member Dane DeHaan. 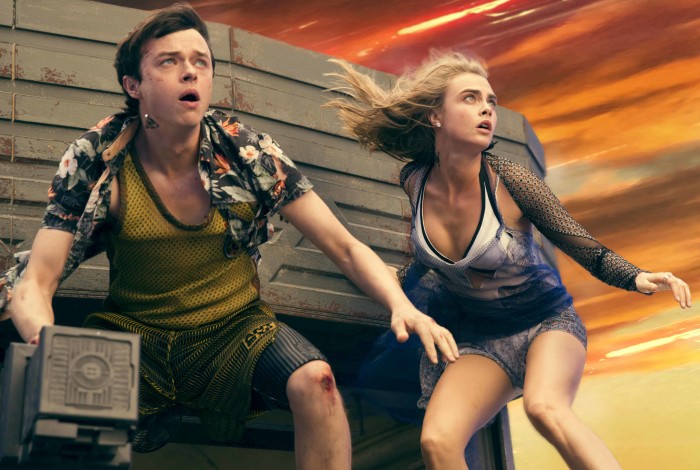 In the exclusive trailer, Dane DeHann describes how the incredible level of detail in the film make legendary director Luc Besson’s (Leon, The Fifth Element and Lucy) new  film a visual treat that must be seen on the big screen. From the futuristic cities in far-away galaxies and strange alien species, the stunning effects really do make Valerian a Moment Worth Paying For.

The Industry Trust’s consumer education campaign continues to deliver the core message – inspiring audiences to choose the big screen experience. Like the others in the series, the trailer directs audiences to the industry-funded film search engine, FindAnyFilm.com, which signposts them to legal content sources so they can book, buy and watch at their convenience.

Sylvia Dick, Head of Audience Engagement at Industry Trust for IP Awareness said: “Being able to work with Lionsgate UK and get access to Dane DeHaan on a title like Valerian is incredible, as the film is crammed with action packed and visually stunning moments that are worth paying for. Speaking to younger audiences, who continue to be the most likely to infringe content according to the Industry Trust’s 2016 research, means it’s really important that the campaign continues to secure exclusive bespoke content and contributions from talent like this to really resonate with this key millennial audience.”

Ross Cunningham, Co-Head of Theatrical & Head of Marketing, Lionsgate UK said: “We’re delighted to partner with the Industry Trust on their exclusive Moments Worth Paying For trailer for Valerian and the City of a Thousand Planets. With special effects in Sci-Fi movies getting more and more impressive, it’s incredibly important to remind fans of the hard work that goes on behind the scenes and encourage them to experience these films the way they were intended, in the cinema.”

The Valerian and the City of a Thousand Planets Moments Worth Paying For trailer will launch on 10th July, as will the in cinema campaign (courtesy of DCM and Pearl and Dean) which is supported by online and outdoor activity (via Clear Channel and Primesight) ensuring the Industry Trust’s messaging targets core infringers not only in the cinema but also across a broad range of platforms, ensuring multiple touch-points for the campaign.

In the 28th century, Valerian (Dane DeHaan) and Laureline (Cara Delevingne) are a team of special operatives charged with maintaining order throughout the human territories. Under assignment from the Minister of Defence, the two embark on a mission to the astonishing city of Alpha—an ever-expanding metropolis where species from all over the universe have converged over centuries to share knowledge, intelligence and cultures with each other.  There is a mystery at the center of Alpha, a dark force which threatens the peaceful existence of the City of a Thousand Planets, and Valerian and Laureline must race to identify the marauding menace and safeguard not just Alpha, but the future of the universe.

Valerian and the City of a Thousand Planets opens in UK Cinemas on Wednesday 2nd August.