The Industry Trust for IP Awareness today revealed that its well established copyright education campaign, Moments Worth Paying For, has reached over two billion consumers in six years with an estimated media value of £49.3m. 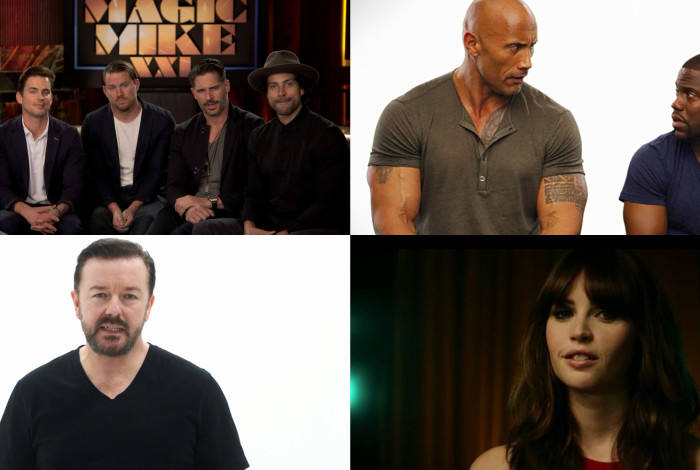 The Moments Worth Paying For campaign has been transformational in fusing consumer education with the content is seeks to protect. The Moments Worth Paying For campaign began in 2011, with trailers that turned the spotlight on the audience and celebrated their shared emotional experience at the cinema. The Industry Trust has since, alongside its members, produced 31 content led education trailers for films ranging from Anchorman 2, Shaun the Sheep, to Magic Mike XXL, Central Intelligence, Eddie The Eagle and most recently Rogue One: A Star Wars Story. It is important for the campaign to not only recognise the blockbuster releases, such as Star Wars: The Force Awakens but to ensure independent British titles like Spooks: The Greater Good are also represented. The campaign encourages audiences of all ages to see their favourite films the way they are supposed to be seen, on the big screen; legally at home or at the cinema.

Each trailer is individually funded through the participating studio/distributor who also take ownership of talent buy-in, trailer creation and editing – ensuring the educational message remains throughout. The trailer is then placed in cinema ad reels, gifted by our exhibition members at the UK Cinemas Association (UKCA). This has enabled the Industry Trust to create a sustainable model that works for not only the industry but also the consumer, as the audience are getting a fresh message each time they see a new Moments Worth Paying For trailer. Each time being served with consistent messaging to keep them coming back to the cinema and in turn, investing more within the category. As well as a trailer, the distribution member also creates educational ‘out of home’ artwork which reaches audiences in cinema foyers, shopping centres and bars across the country. Over the past six years, thanks to our distribution and exhibition members and The Industry Trust’s ‘Out of Home’ partners Clear Channel and Primesight, the Moments Worth Paying For campaign has amassed an estimated £49.3m in media value and 3.4m views on YouTube – reaching over 2 billion consumers. Campaign evaluation has been constant throughout and is key to ensuring we deliver the right message to the right audience and that we deliver value and media effectiveness for our membership. Campaign performance has improved year on year, in 2016 for every one pound spent the campaign delivered an ROI of £55 of media value and reached an audience of 3,000 ending the year with just under £10m in media value.

Andy Edge, ‎Commercial Director (UK & Ireland), at ODEON Cinemas, said: “We are proud to have supported the Industry Trust’s Moments Worth Paying For campaign since the start. It is vital that the cinema-going message is reinforced with new creative to the UK’s cinema audience, encouraging them to return to see future releases the way that they should be seen – on the big screen! We are heavily supportive of the Industry Trust’s campaign as we want as many people as possible to be inspired by film and come back to the cinema, to engage in a shared experience with friends and family.”

Research by ICM revealed that each trailer in the campaign successfully resonated with the majority of its target audiences, especially those aimed at the 16-34 male bracket. ICM noted that the advertising of the film was a major take-out and the campaign encouraged audiences to consume content legally. Research also found that an increasing proportion of our female audiences (although still 18%, compared to 29% of men) are accessing unauthorised content – which is why the campaign not only continues to target males but is hitting the female audience with trailers such as Suffragette and Magic Mike XXL. In addition, research found that 33% of 11-15 year olds were watching unauthorised content in 2015 – the largest increase in any demographic up 11% on 2014 and making them a key education audience. The vast range of trailers in the campaign works for the industry as a whole to ensure reach to a younger audience, with family film trailers, to interrupt their journey to piracy and in-turn a change in behaviour before the tipping point of 16. It’s important to note that infringers are hyper-consumers, accessing more paid-for authorised content in turn making them more valuable to the industry.

All trailers aim to drive consumers to a call to action, and inspiring people to pay to watch film and TV content, and while the Moments Worth Paying For trailers present an engaging and consumer friendly approach on the topic, the reality is that piracy is detrimental to the film and TV industry. The impact of piracy affects all areas of business – from the availability of jobs, revenues and the ability to continue to create new and exciting film and TV content for consumers. Copyright underpins all aspects of the film and TV industry and it’s important the Industry Trust continues to work with their distributor members to engage audiences and encourage them to respect the value of their favourite content. This is the messaging conveyed through the Moments Worth Paying For trailers, demonstrating to audiences that their favourite film and TV shows have a value and are worth paying for, in turn driving revenue for the industry.

To ensure the Moments Worth Paying For campaign evolved through to the home entertainment release, it was vital that we made sure our messaging reflected the multichannel nature of the film and TV consumption in the home. In 2016 the messaging of the theatrical Moments Worth Paying For trailers were repurposed for the home entertainment releases to ensure the unique content distributors had created were reaching new and existing audiences. In addition, the campaign directs consumers to legal film search-engine FindAnyFilm.com. FindAnyFilm.com ensures audiences have access to where they can find all their favourite content legally, across all formats, in order to make the right decision.

Lee Jury, Vice President Marketing. Co-Head of Studios, at The Walt Disney Studios EMEA and UK said: “Disney is delighted to have worked with the Industry Trust since the beginning. We trialled the first Moments Worth Paying For trailer with WALL-E – a trailer that was made up of film content and on-screen static messaging. The idea was to inspire audiences to realise the value of film content and we are ecstatic that we’ve evolved the campaign to involve direct support from film talent with pieces to camera ensuring key messages are delivered directly to the audience. We are proud to be championing the message by creating trailers that showcase how choosing legal services and going to the cinema is an experience that is always worth paying for.”

Liz Bales, Chief Executive, Industry Trust for IP Awareness, said: “Working in tandem with our members on the Moments Worth Paying For campaign we have a constant stream of communication to audiences encouraging them to value and respect film content. Copyright education is at the heart of the Industry Trust’s initiatives and the Moments trailers are an engaging, influential, cost effective and sustainable way to continuously reach audiences of all ages with fresh and innovative messages.”

All Moments Worth Paying For trailers can be found here: https://www.youtube.com/user/MomentsWorthPaying4