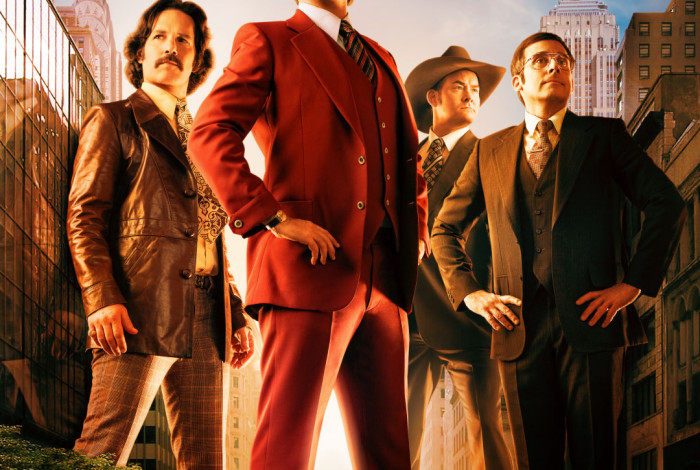 The bespoke 90 second piece is an exciting development in the Moments Worth Paying For campaign, being the first trailer in the series to feature 100 per cent original content. Recognising this, and the entertainment value the new creative will provide cinema audiences, partners from across exhibition have for the first time committed to include the creative wherever possible in the pre-show trailer reel to ensure its reach is maximised over the busy November viewing period leading up to the film’s release.

Starring Will Ferrell in character as the legendary Ron Burgundy, the trailer is shot in the style of a 24 hour news team broadcast. The anchor man delivers a monologue on the serious message of playing fair when it comes to “your evening’s entertainment”, driving audiences to “get real Moments Worth Paying For”, and making sure it’s “the real thing” – all in his entertaining and inimitable style.

Paramount Pictures UK played a vital role in securing support and buy-in from filmmakers and talent to provide the campaign with its original content to truly inspire respect for the value of official film, TV and video content. The trailer also directs audiences to look at content for Anchorman 2: The Legend Continues at FindAnyFilm.com; a search engine for official film – all in place and above board.

The campaign will be supported by comprehensive media activity across digital, PR, social media and outdoor space, and is yet another example of how The Industry Trust adopts an integrated multi-media approach to amplify reach and influence as part of its successful consumer education programme.

In addition, The Industry Trust will work with Paramount Pictures UK to integrate the FindAnyFilm.com API and cinema booking app to ensure audiences are not just inspired to choose legal content, but are seamlessly connected with it. As part of the digital campaign, consumers will be served with easy options to pre-book cinema tickets – creating a tangible return on investment.

The Anchorman 2: The Legend Continues trailer is the latest release in The Industry Trust’s Moments Worth Paying For campaign. Launched in November 2010, the campaign has since gone from strength to strength. Independent tracking research by ICM revealed that those audiences exposed to the campaign were significantly more likely to pay for official film and TV than those not exposed to it.

Liz Bales, Director General at Industry Trust for IP Awareness said: “It’s fantastic to be working with Paramount Pictures UK on Anchorman 2: The Legend Continues. It is the perfect title for our first bespoke trailer and we’re thrilled with the outcome. As we know from our research, evolution is key to ensuring the campaign continues to resonate with audiences and this is the ultimate example of how film content can really deliver the anti-piracy message effectively. Through this partnership we’ll continue to seamlessly connect users to cinema times and bookings via both the FindAnyFilm booking app but also through integrations with the API – ensuring the journey is complete.”

John Fletcher, Director of Marketing at Paramount Pictures UK said: “This is our first collaboration with The Industry Trust and we’re delighted to have created and delivered such a unique spin on the “Moments Worth Paying For” messaging. We are proud to be the first partner to deliver a completely exclusive piece of content which carefully balances the messaging required to inspire the audience to choose official film whilst also promoting the film itself. Anchorman 2: The Legend Continues is one of those titles that appeals to both young and old and we really hope this trailer will support the hugely successful educational work of The Industry Trust.”

Anchorman 2: The Legend Continues opens on December 20, 2013. Associated Moments Worth Paying For activity will run in cinema, outdoor and online.